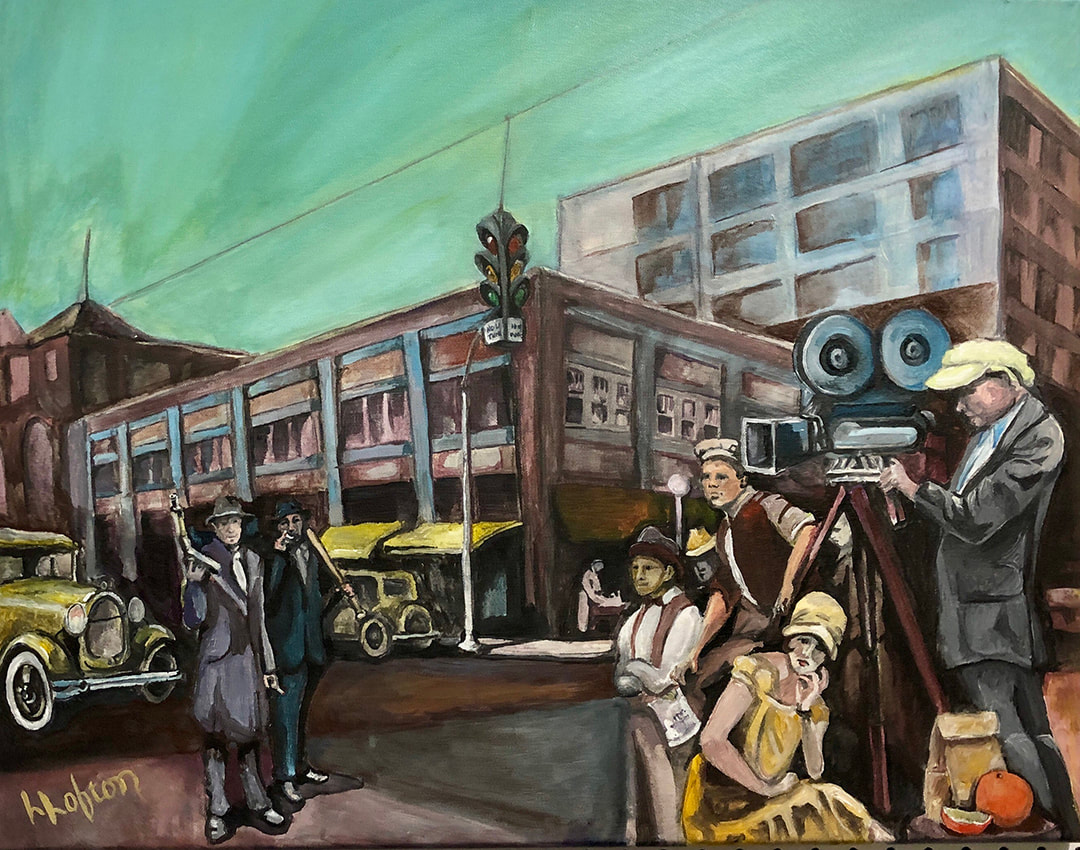 ​Signed Matted Prints available in 11x14 and 8x10
“Jacksonville, Winter Film Capital of the World" is a painting about Jacksonville's infamous stint as a major player in the film industry.  Before Hollywood was a giant, there was Jacksonville. The cities first silent film studio opened in 1908, and then over 30 additional studios opened within the next 10 years, this included Metro Pictures that would later become Hollywood's own, MGM.

There is a silent film museum in historic old Arlington that has been converted from a film studio operated by producer Richard Norman.  He was a visionary who created pictures with positive, lead roles for African-American actors which was virtually unheard of in the 1920s.
During the 20s and 30s residents would often see big-name stars around the Jacksonville.  Oliver Hardy, one half of the famous “Laurel and Hardy” duo, got his cinematic start after moving to Jacksonville.

In 1916 a production company hired over a thousand local residents to film a mob scene, unfortunately a few in the crowd took their role too seriously, a real mob formed during the filming and spiraled out of control. Property was damaged and people were injured.

The largely conservative residents of Jacksonville became annoyed by the presence of film studios and their more dangerous stunts.  One automobile chase ended with a car in the St. Johns river.  A change of mayor from the film-friendly J.E.T. Bowden, to the more conservative John W. Martin in 1917 would be the final nail in the coffin for the Jacksonville studios.

My painting depicts the corner of Hogan and Adams street, where a silent film crew creates another kind of mob movie.