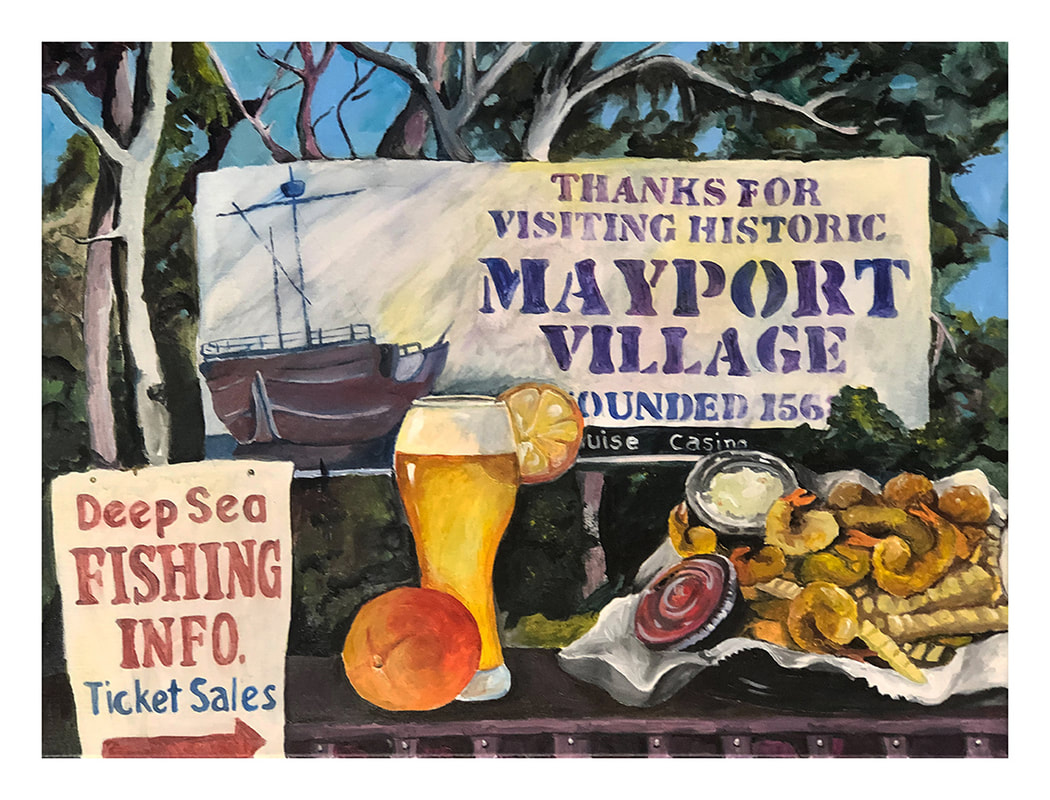 ​Signed Matted Prints available in 11x14 and 8x10
“Mayport, a Village 400 Years Older than Me” defines North Florida’s coastal history and culture very well.  Seafood is such a part of our lives in Florida, and nothing is like Mayport Shrimp straight from the dock to your table.  Visit Singletons Seafood Shack or Safe Harbor Seafood restaurant and market for the freshest, most delicious treasures the Atlantic has to offer.

Mayport Village is one of America’s oldest port towns established on May 1, 1562 when the French first settled in the area. The port is known for its locally caught seafood and 455+ year history.

In 1969 Captain Ray and Ann Singleton opened their Seafood Shack on the St. Johns River in Mayport.  The Shack has grown addition after addition to satisfy locals and tourists alike.  Captain Ray was a 9th generation descendant of a Minorcan and an indentured European worker brought to Florida in 1758 to clear mangroves and settle the area.  Captain Ray is part Italian, Greek and British.  With his local fishing knowledge, he crafted his famous Minorcan Chowder.

The Timucuan Indians had lived in the area for over 5000 years before the influx of Europeans.  In 1858 the historic Mayport Lighthouse was built. Today it is the home of Naval Station Mayport, one of the largest naval ports on the Atlantic coast.  There is a 40-car ferry named the “Jean Ribault” that will deliver you across the St. Johns River from Mayport to Fort George Island.  A ferry of some sort has worked the river since 1874.