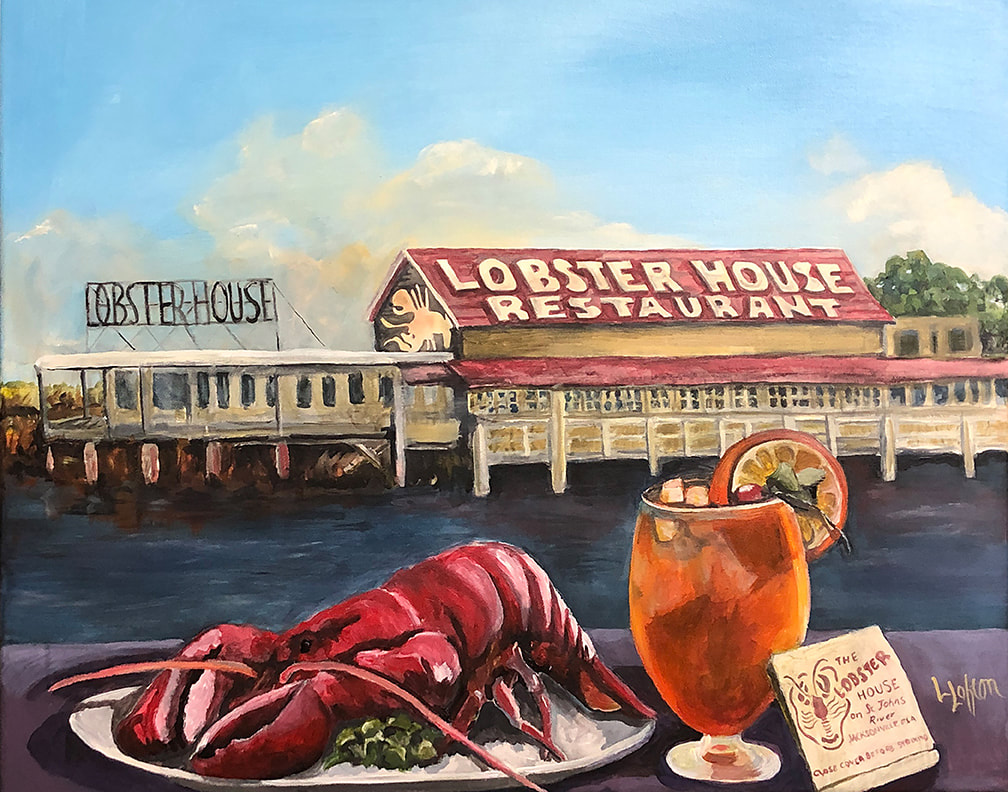 ​Signed Matted Prints available in 11x14 and 8x10
"Of Lobsters and Monsters in Jacksonville" Before River City Brewing Company took over the space next to Friendship Fountain along the Southbank, that land was home to another popular local eatery: The Lobster House. Founded by Irving “Ducky” Glickstein, The Lobster House opened in 1944 in a building that previously served as a warehouse and boat shop. Within a few years, it became one of the hottest spots around Jacksonville to grab a bite to eat. Businessmen, politicians, and other movers-and-shakers were often spotted dining at The Lobster House.

The restaurant’s biggest moment came when it was featured prominently in scenes from Revenge of the Creature, the 1955 follow-up to the hit film Creature from the Black Lagoon. Scenes were shot depicting the titular creature attacking diners at The Lobster House, using local extras hired from the nearby Prudential insurance company.
Unfortunately, The Lobster House would be destroyed in a fire in 1962 – one of several fires along the riverbank during the ‘60s.