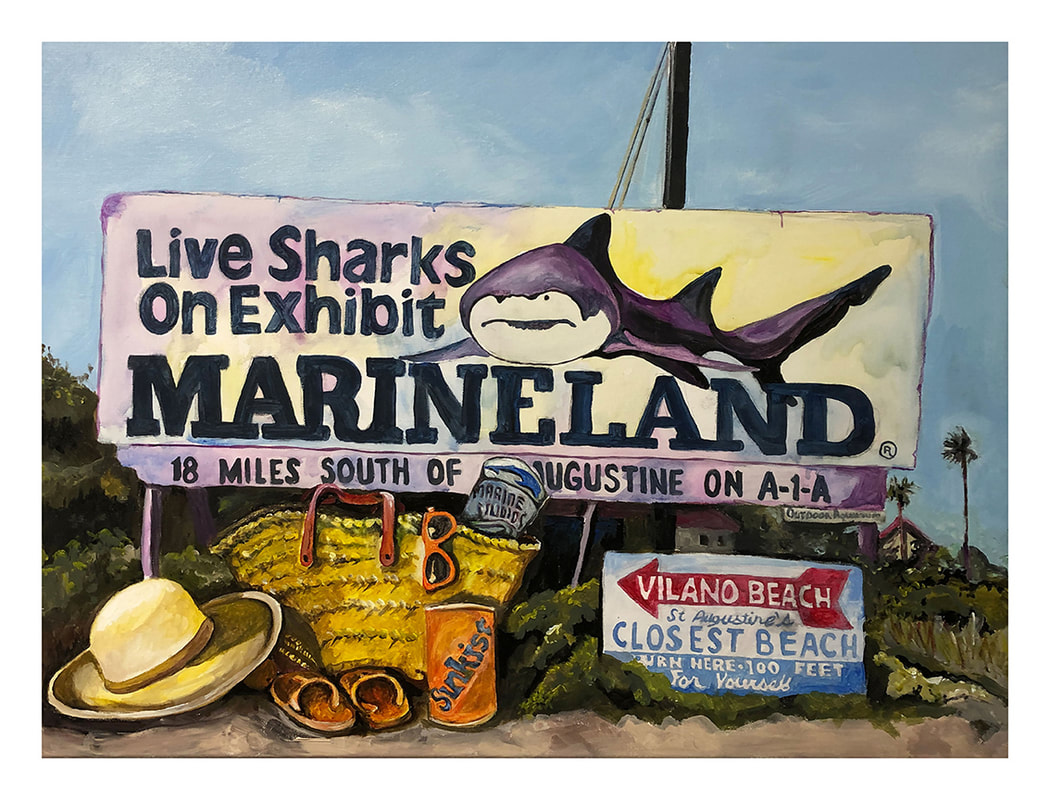 Signed Matted Prints available in 11x14 an 8x10
For over 80 years Marineland, or as it is known now, Marineland Dolphin Adventure has contributed to motion pictures, marine science and conservation, and entertained visitors.

In June of 1938 Marineland, Fl opened as Marine Studios.  The park welcomed over 30,000 visitors on its first day and quickly became famous as the worlds first oceanarium.  The park was designed for Hollywood filmmaker to record underwater footage for their motion pictures.

During the 40s Marine Studios added dolphin feedings and animal behaviors to its presentations.  It even had the first dolphin successfully born in captivity, “Spray”.

In the 50s Marine Studios changed its name to Marineland and was one of Florida’s leading tourist attraction with as many as 500,000 guests per year.

Here are the films that were shot at Marineland/Marine Studios:

See what influenced this Painting.
Have fun watching...
​
Credits: