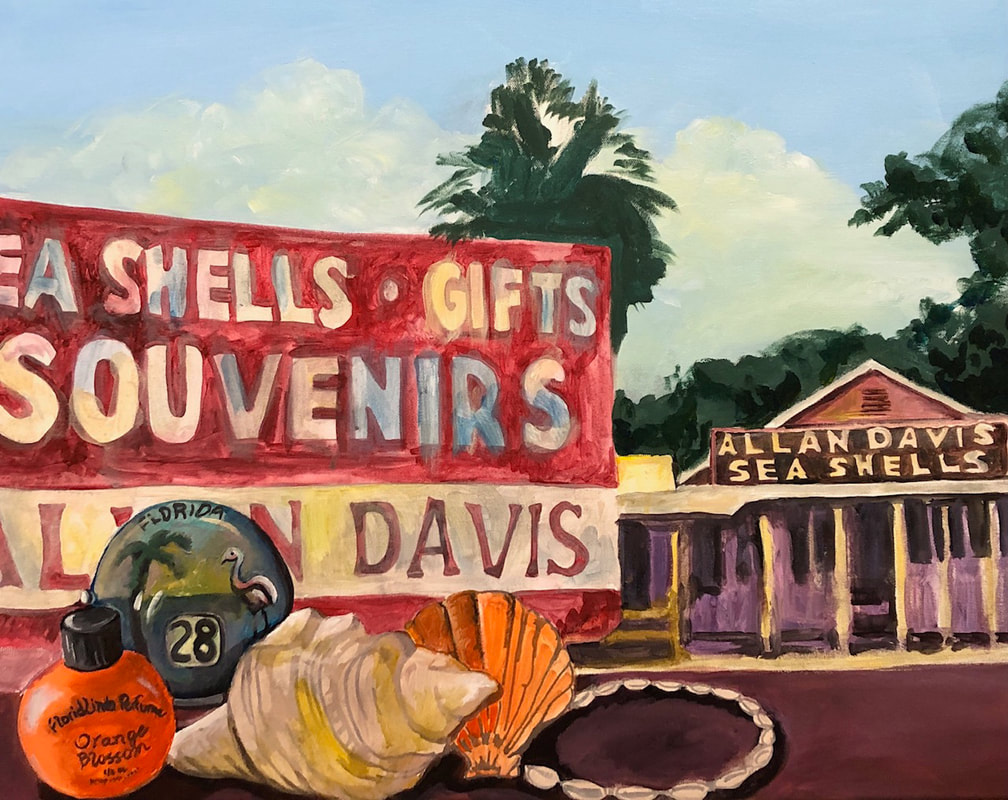 ​Signed Matted Prints available in 11x14 and 8x10
"Shell Shocked in Florida" depicts one of the most famous souvenir and shell shops in the state. Allan Davis’ “Seashells and Souvenirs” store, located just across the Pensacola Bay Bridge on U.S. Highway 98 in Gulf Breeze, is one of the very best examples of an early tourist shop in Florida. The shell shop stayed open more than 50 years.

Davis offered a selection of seashells, souvenirs, and artifacts. Davis' Shell-Shop was demolished in 2005 to make room for a shopping center.

Allen Davis was quite a character.  In a book written by Annice Broxson Webb called, ‘Journey to Change,’ she writes several paragraphs about Davis.  Webb writes: “Davis lived in the Miami area in the 1920s and 30s where he made a trusting and lasting relationship with the Seminole Indian tribe. In fact, Mrs. Davis organized and chaperoned a small traditional Indian contingent to the 1932 and 1939 World Fairs in Chicago and New York. Mr. Davis learned and perfected the ancient Seminole alligator wrestling tactics, performing for startled Everglades tourists the apparently dangerous stunt of placing his head in the toothy mouth of an alligator as he held the jaws open with his hands.” He remained friends the Seminole Indians after his move to Gulf Breeze, and some of his Indian friends visited him in his Gulf Breeze home.
​
Image credits and excerpts: CardCow.com, Pinterest.com and DeepSeaNews.com