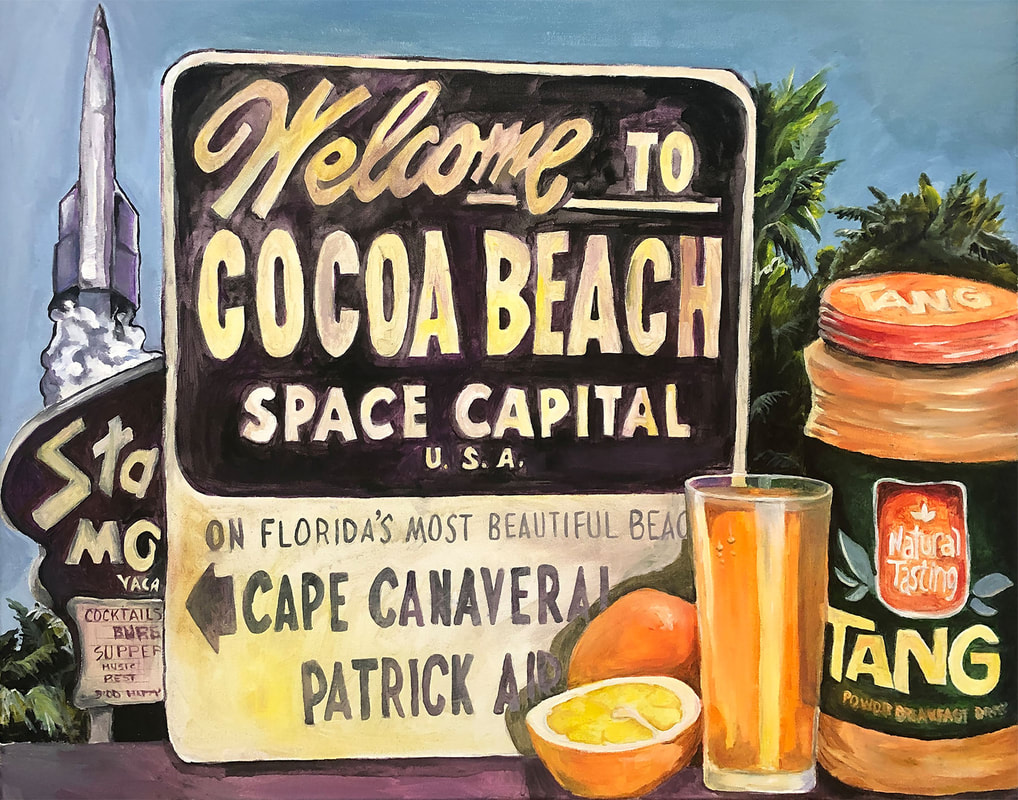 ​Signed Matted Prints available in 11x14 an 8x10
The Space Age changed Florida forever. Cape Canaveral became a hub for aeronautics, electrical engineering, and manufacturing.  The Kennedy Space Center is still a major attraction for tourists and natives in the state.

Space became an integral part of Florida’s culture. Communities near Cape Canaveral like COCOA Beach promoted Florida’s “Space Coast” as a new and exciting destination for tourists. Motels, restaurants and even housing developments adopted space-related themes to capture the interest of visitors and potential new residents.   The Starlite Motel pictured in my paining was one such business that incorporated a rocket into their name and marquee.  Floridians would constantly turn out for space launches.  The excitement of watching history being made as humankind was hurdled off the earth to explore the mysteries of our galaxy was unmatched.

Fun Fact, Tang was used by early NASA manned space flights. In 1962, when Mercury astronaut John Glenn conducted eating experiments in orbit, Tang was selected for the menu; it was also used during some Gemini flights, and has also been carried aboard numerous space shuttle missions.

You might ask why TANG?  There was a particular component of the Gemini life support-system module which produced H2O. The astronauts would use this water to drink during their space flight. The problem was it tasted bad. So, Tang, was added to make the water taste better.
​
Image credits and excerpts: GroovyHistory.com and Nasa.gov